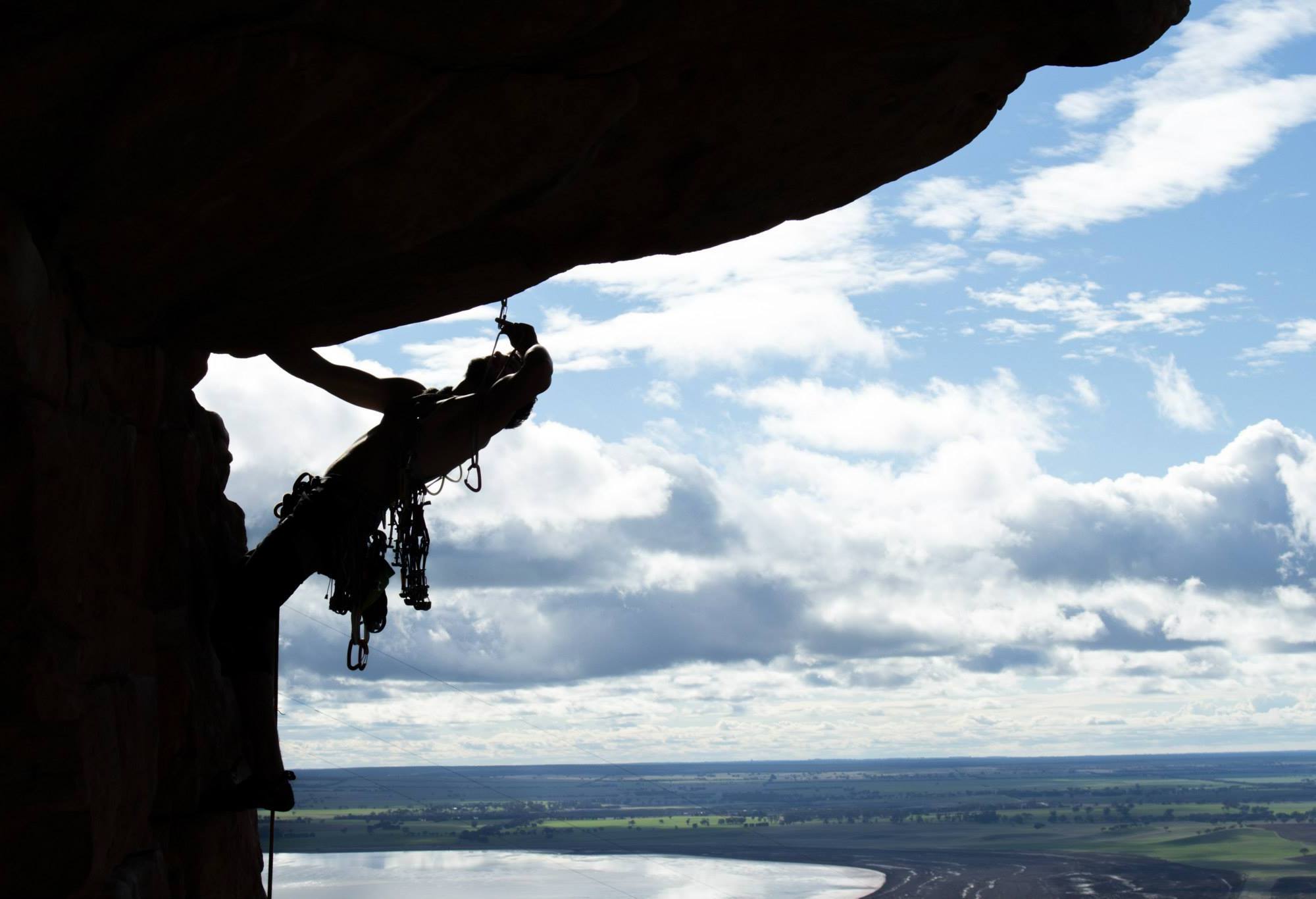 My Australian road trip began in Victoria accompanied by two of my best friends, Bryn Thomas and William Chan. Our first stop was Mount Arapiles, a sandstone trad mecca. We quickly took to “The Pines lifestyle”, where showers were a rarity and the good times abundant.

Life at Arapiles was amazing. Each day would begin with a nice slow morning warming up on some slacklines or over several rounds of hackysack. Eventually we’d snag our packs and head off to climb. The rock there was unlike anything I’d ever climbed on before. The first few days I was skeptic of the rock as most of it looked quite fractured and delicate but it was some of the most bomber rock I’d ever climbed on! It was also a welcomed change up in terms of gear as well. Having come directly from Indian Creek where a few sets of cams is all you need to Araps where you’d be lucky to place a cam each day – the rock just EATS up the passive pro! Nuts, hexes, and chicken heads are your best friends at Araps (and if you ask Australian crusher Ryan Doe, he’ll likely add tricams to that list).

Then there were the rest day activities, one of which I will never forget: my first proper highline, courtesy of Tim Desmond. It was without a doubt one of the most exposed and mentally challenging things I have ever tried. I like to think of myself as a mentally strong person, but out there on the highline…whoa.

A few days later the psyche amongst the crew was huge but the weather forcast was calling for rain. Instead of wasting the day we busted out Bryn’s longboarding gear, strapped a photographer (Andreas Bonin) backwards on a dirtbike to snap some pics & footy, and bombed the road from the summit of the mount down to the base. The rest of the crew piled into (and onto) our truck, trailing along for the excitement (and wipeouts).

Alas my time here in Australia is near an end. It’s time for me to return to China for some alpine expeditions. First stop, alpine bouldering development in Sichuan followed by some big wall first ascents on the Tibetan border! 加油! C H R I S T Ø P H E R M I L L E R —