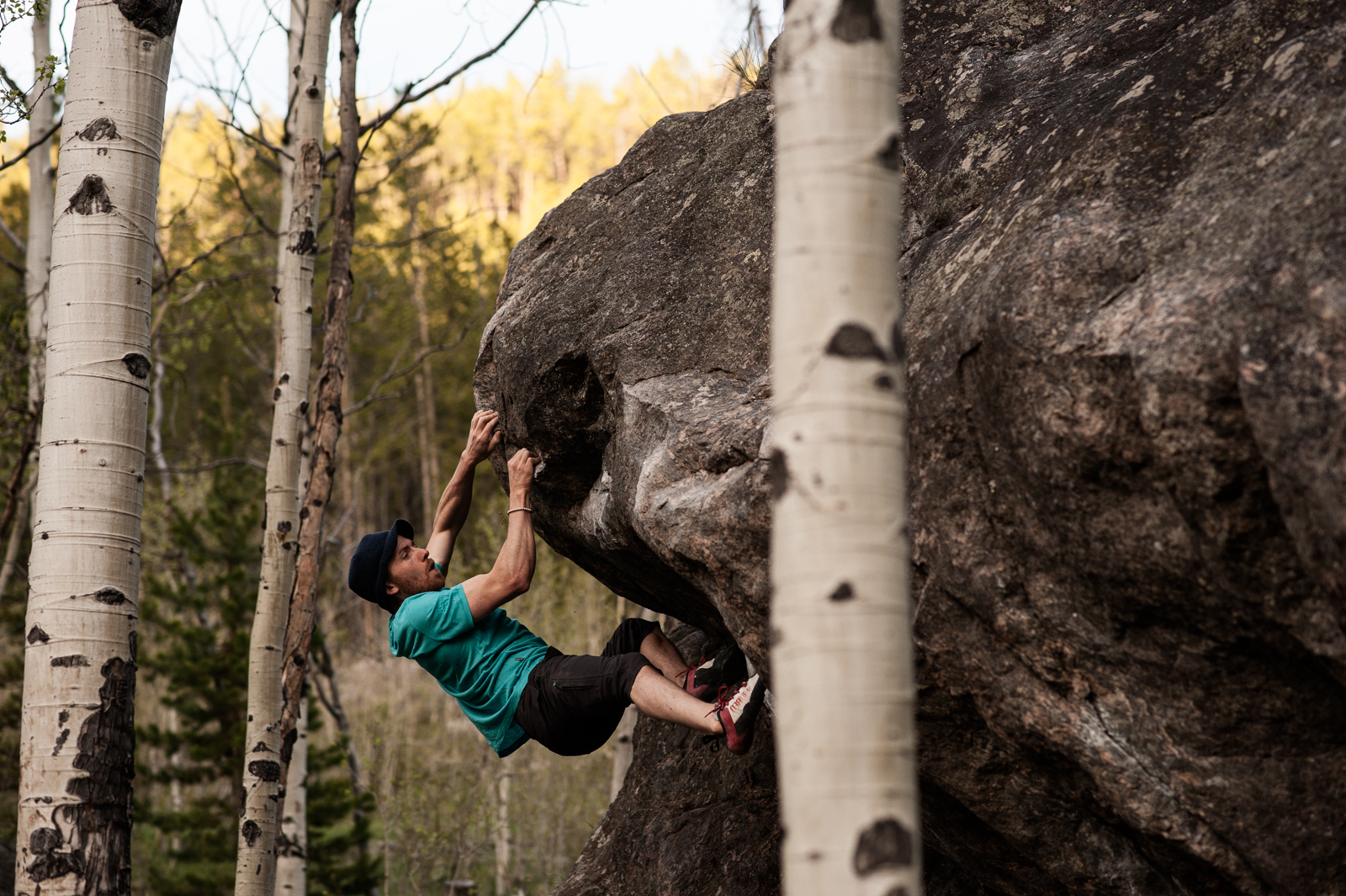 For myself and many others, this summer has been tough. As wildfires rampaged up and down the West Coast, smoke poured into the valleys and hills and for months the smoke was so bad in my town that you couldn’t see more than a mile. (Sometimes, for days you couldn’t see as far as the end of the block!) Needless to say, for me it was a summer of avoiding the outdoors, so I maintained my health and fitness indoors, this involuntary retreat from the outdoors gave me a lot of time to think about my motivation.

I thought about WHY I climb: Who or what was I really doing all of this for? I had originally followed this lifestyle to “live the dream” – to climb a ton, and avoid the 9 to 5 routine. But there are times in our lives when we begin to question ourselves and the world around us, the mainstream systems in place which keep us distracted, entertained or otherwise preoccupied with our immediate personal landscapes. Some people call it a “midlife crisis”, but that’s not it. I think that phrase has a flippant, age-specific, depressed, negative connotation to what may really happening. Surrendering to this label may distract us from just embracing the truth.

The truth, for me at least as I understand, is that I began to lose sight of my purpose in climbing this year. What did it really matter if I climbed some new boulder problem? Or finished some longstanding project? Or stood on the podium at some climbing competition?  I kept coming back to these three questions: In the grand scheme of things, what was I really doing here? How was I helping the planet, the animals, and the people around me to live better lives? And last: How could I use my talents and passion for climbing to make a difference?

It was then that I remembered a particularly difficult yoga class I’d signed up for… Before the class began, the teacher suggested we dedicate the class to someone or something in order to help us get through the difficult poses, and push us past the difficult spot where we might give up. It worked. And it became a powerful lesson for me: when we dedicate our time or energy towards a powerful cause outside of ourselves, then we can accomplish more than we thought possible. We can push through difficult roadblocks. We can even inspire those around us to do the same.

It struck me, then, that I’d been living two lives: that of Peter Dixon the Pro Climber…competition aficionado…route-setter, climbing coach…and that of Peter Dixon the vegan, environmentalist, the supporter of animal rights. The Peter Dixon who’s in the spotlight, who wears the hat and climbs like an animal, that is the Clark Kent; while the other guy beneath the hat, the guy whose favorite climbing heroes are the mountain goats, lemurs, marmots, and lizards…that guy is the Superman.

I decided it was time to stop living a dualistic life and combine these two people. I wanted to dedicate my climbing to something I really cared about, something which matters to me.

I came across Cowspiracy, a powerful documentary about the environment, and how we as modern humans have been drastically altering it to suit our needs and at the same time destroying it. I realized I’d never been so inspired or so empowered about the decisions I already make each and every day – the more I began to investigate my own path as a vegan, the more I began to realize how human dietary choices effect the natural environment and the animal kingdom.

At that point I knew I’d found the fuel I needed to merge my two passions into one, and become an active voice for the environment.

Beginning this season, I’ve chosen to dedicate my climbing to all the animals on earth both wild and domesticated, and to raising human awareness regarding the environment we all depend on. What does all this have to do with climbing, you may ask? For those who prefer the controlled and isolated environment of a rock gym perhaps it means little, but for those of us who simply must cut away from it all to the raw energy of wild rock and wild landscapes, it means the world. Remember, were all in this together and although sometimes it feels as though were just one small drop in a giant bucket, all it takes is a little ripple to get the whole thing moving.

Peter Dixon
—
Peter has been volunteering at local animal sanctuaries and clean ups, and recommends you do the same.